Waiting for Something Great

One week ago, I welcomed my daughter, Autumn Lynne Hamon, into the world.

Despite being punctual as hell and allowing her scheduled cesarean to happen as planned, her arrival was unexpected, doubted, and as my 4-year-old son hinted at, straight-up trickery!

(Disclaimer: There is no marketing lesson to be learned in this post. It is not about growing your business. I just wanted to share something with you that really put my life into perspective...)

You see, Autumn is a double rainbow baby, possibly triple if you count that one of our miscarriages prior to her arrival was likely twins... and she rocked our worlds when she came out a she because we chose not to find out whether she was a  boy or girl until birth... and everybody was certain this baby was going to be another boy.

Truly - her arrival into this world and our family was nothing short of spectacular.

My wife, Juliana, and I met 10 years + 1 day ago at a Halloween party. We ran in the same circles for years, but it wasn't until both of us were single and open to the idea of each other when we actually met.

When we did, it was kismet. We fell for each other hard and fast, and within just a couple of weeks, we were exchanging "I love yous."

When we found out we were pregnant with Autumn, we reserved our excitement. Coming off of two miscarriages, it was hard for us to believe she was real. So, we convinced ourselves that we were better off keeping our guard up than allowing ourselves to be destroyed by yet another disappointing loss.

So, we didn't do the things you do when you find out you're pregnant.

... we didn't pull out the baby name book and start circling our favorite ones ...

... we avoided conversations about it ...

... we didn't pack our hospital bags until DAYS before the scheduled cesarean ...

... every visit to the hospital felt like it was going to end in tragedy...

We had been trying for THREE and a HALF years. Based on our other losses and age, we were SURE this one wasn't going to make it either... So, we built silos in our hearts to prevent the gut-wrenching pain that would surely follow the loss of yet another little one and all of our deep-seeded dreams that we tied to having a new member in our family.

But who were we kidding?

We knew we wouldn't be able to escape the pain.

It would find its way back into our hearts and minds, trickling instead of gushing (and also gushing at times), dragging us through years of sorrow and "what-ifs."

Certainly, we both felt that this was our last shot at it, because neither of us wanted to go through the aching misery again. We were too old. We were too tired. And our hearts could only be broken so many times.

So, instead of celebrating every day we inched closer to 39 weeks and 2 days, we counted them as one more day we'd have to grieve if and when this poor child left us.

Three and a half years after making the decision to add one final member to our family, I found myself sitting outside the operating room waiting to meet our newest addition.  As I watched Juliana being carted into the operating room, the disbelief began to wash away... and the worry hit me - like a freight train.

I remembered the same moment when her brother, Owen, came into the world. Then, it was nothing but optimism (aside from the periodic thought: "how do I be a good dad?"). 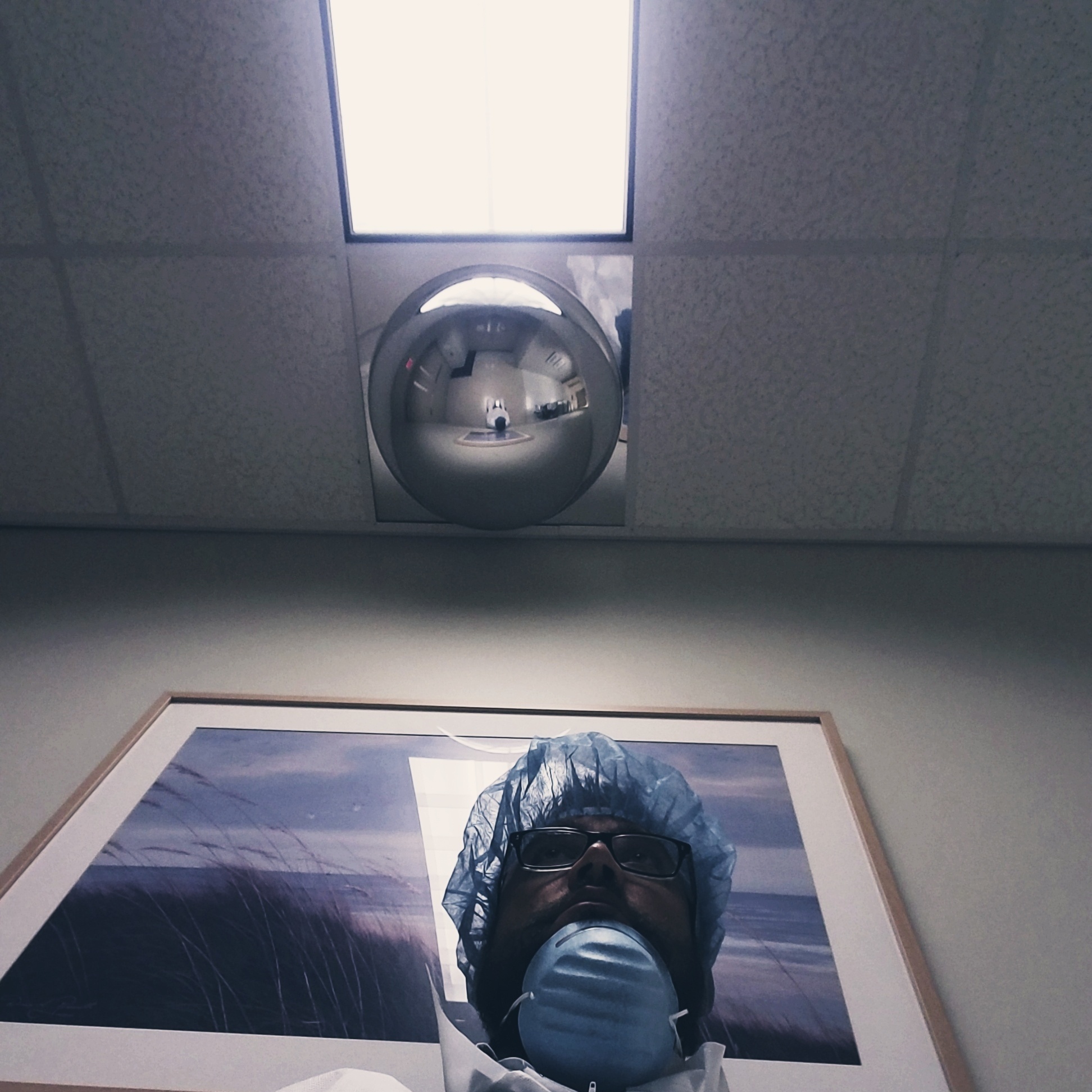 In this moment, the hand-wringing was less about excitement and more about  all the things that could go wrong...

What if something happened to Juliana? She is my better half - my soul mate, and the mother of my other kids... if I lost her, I don't know how I would carry on.

This was her 4th cesarean, and we were pelted with risk-factors by every person who saw us that morning. I can't tell you how many times I heard the words, "obviously, with this being your 4th, the risks are much higher."

What if something happened to the baby?

Our last child had to be revived during birth. His umbilical cord was pinched, and he started breathing when he was still inside the womb. The doctors rushed around him and said nothing to me while they brought him back to life.

Anything can go wrong...

Anything can go right as well. She's still here... He made it.

This was the vicious cycle in my head.

Then they called me in.

And here I am!

Within 20 minutes of entering the operating room, the doctor peaked over the curtain and asked if she could call out the sex or if I wanted to.

Oh yeah... We still didn't know if our baby was a boy or girl!

It was at that moment, when I looked over and saw that my beautiful child was here and she was a GIRL that it finally hit me how real this was.

I choked out the words, "It's a girl!" Then I leaned down to kiss my wife. She was trembling.

Yes, we did... the most beautiful, precious, darling, perfect girl one could ever ask for...

So, she's FINALLY here!!! She has us wrapped around her little finger... She has a TON of hair... Everybody fights to hold and love her... and she's ready to take on this world by storm!

5 b2b Sales Strategies and Tactics that Must Go

The Benefits of Blogging for Education

Should I Hire an SEO Agency?

We live in a highly connected world, and SEO (what is that?) brings your business into the offices, living rooms, and smart ...
Start Reading