Why is the Digital Agency Not Working? 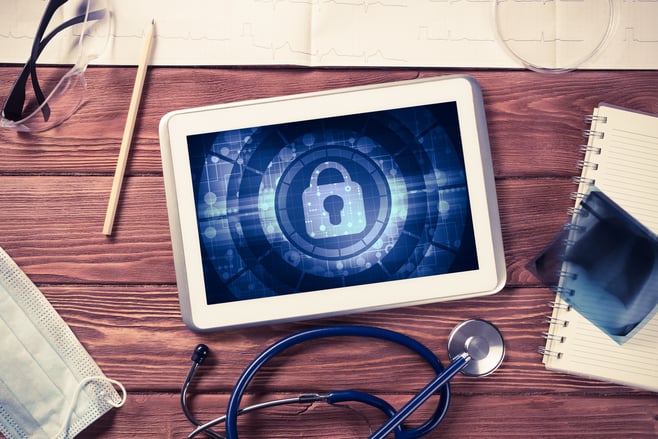 Let's diagnose it together

So, you've hired a digital marketing agency, and it's not working the way you had imagined it would... what now? What recourse, if any, do you have, and how do you recover?

I had a prospective client in SaaS approach me, searching for answers like this somewhat recently, and even though we're open to taking on new business, I was immediately hesitant based on a number of red flags.

After all, I'm not interested in wasting anybody's time OR money, and it felt to me like supporting his ire was both.

This particular prospect was somebody who found Orange Pegs Media in our early years, when we were really just a one-person shop (me), and they decided to engage a more costly, more established, and very well-known inbound marketing agency instead of us.

At the time I thought it was the wrong move, because based on his needs, and the early stage of his business, I knew a bigger agency wouldn't have the patience to deal with all of the changes in direction that were to come. And I was right. His intimate control requirements combined with his lack of understanding of his target market was just enough to make it impossible for him to succeed with a turn-key marketing solution.

What he really needed was a generalist or an agency that provided generalist services. (what's the difference?)

But it got me thinking... What ARE some of the reasons for your digital agency not working out the way you had hoped?

1. There are no established marketing objectives

This is important. Many agencies operate under the generalist mentality, meaning, they aren't there to achieve a specific goal, but rather to provide you with services based on needs YOU establish.

With inbound, we always start the conversation off with determining what the end-game objectives are. "Growing the company" and "thought leadership" are not good enough. We need to know how much you want to grow, specifically, and what the gap in that growth plan is that we're expected to fill.

With this particular SaaS, they had 3 paying customers in beta, and wanted to grow it from there, but didn't have specific targets in mind, because it was too early. They also didn't have a target company size in mind or any idea about retention rates.

They never even got far enough to test those things anyway, but they didn't even establish a working hypothesis.

2. The onus of success rests solely on the agency

There are very few instances where marketing is solely responsible for sales. Even in an e-commerce environment, there are going to be other factors, such as product viability and pricing, and those are both often out of the hands of your marketers.

In the b2b environment, such as was the case for our SaaS friend, there's definitely more to it than getting somebody in front of the product and expecting them to buy it. After all, his software service was disruptive, and required a shift in mindset. It also required training (which may have been due to the complex UX that was never properly flushed out).

For our staffing agency clients, it's the same thing. There's this idea that hiring a lead gen agency will somehow result in automatic job orders, meaning, the salesperson's job is more about answering phones than it is selling. This simply isn't the case. A lead is only a lead. Yes, inbound leads are better than other types of leads. You are more likely to succeed, they are steady and predictable, and the cost of customer acquisition tends to be cheaper, but you still need a salesperson who knows what they're doing working with those leads to turn them into sales.

The minute you decide that marketing is your end-all be-all for success, is the minute you create a vacuum that nobody is equipped to fill.

Many companies I've spoken to have talked about going viral as a goal. Others believe they can go from zero to $10,000,000 with a $2,000/month marketing budget in the first 12 months.

Viralism happens. Yes, sure, I suppose there is a case to be made for it. We see it on Shark Tank every once in awhile, so we know it's true, and it definitely happens to our clients. However, virality is rarely accidental, and it requires a sizeable investment to help it materialize. Either they're giving away equity for sweat or they are prodigies who stumbled onto something impossible to fail, or both.

Look at any one of your viral success stories, and you will see a lot of blood, sweat, tears, and capital.

Now, I will agree with you, that the agency should help you identify turd goals before allowing you to sign the contract and send them money. But if 10 firms are telling you that you're being unrealistic, maybe you shouldn't listen to that one who's telling you only what you want to hear.

4. A specialized agency was the wrong choice

Sometimes you think you want a specialized agency to do something like generate leads for your sales team every month, but that's a big commitment. It requires patience and faith. If you're not ready to take the lead from somebody else when it comes to big marketing decisions, you're not ready.

It also requires a commitment to your core values as a business. If you don't know what makes your business unique, perhaps it's time to focus on operational challenges first.

5. The business is undergoing major change

We had a SaaS client that was still very early in its development. They didn't know who their target audience was, and the program itself had some major UX challenges. After getting them ramped up on inbound, it became obvious to everybody that we needed to step back for awhile and revisit when those things were more polished.

2 years later, we're back at it with them, as all of those issues have been ironed out. We know their key demographic, and the program itself is finally what we would consider to be "revolutionary." Before it was just the concept behind the program that could be considered as such.

I saw a staffing agency with two distinct industry focuses drop one halfway through an engagement, because they couldn't find the recruiting talent to fill the jobs. That ended up resulting in a LOT of wasted resources.

This SaaS company I mentioned earlier really struggled with this. Their interface seemed to change daily, and they never seemed to plant roots when it came to sales.

6. Out of scope is never considered "out of scope"

If you're thinking of a specialty agency like inbound because you are thirsty for that predictable flow of leads, be prepared for your service provider to push back on out-of-scope deliverables that you don't want to pay for. Diverting resources away from their plan only puts what the whole program in jeopardy, and essentially guarantees that they won't hit their marketing targets.

This was one of the biggest contributors to the SaaS company's failures. They were constantly looking for other collateral in place of lead magnets (or pushing back delivery of their lead magnets), and blogging took a back seat to all sorts of other sales assets. In addition, the owner never allowed the agency to execute the plan they drew up when they started, because he was always pontificating new ideas, and insisting that they take precedence.

7. They are simply not the right fit

It's entirely possible that they simply aren't the right fit. Not every agency operates with the same principles and quality as the next. Some don't understand your industry the way others do.

If they have no answers as to why it's not working or solutions or ideas for pivoting, then it might be time to move on.

If you're interested in assessing your situation, let us know, and we'll provide a free look at what's going to best help your company achieve its ultimate goals.

How to Get Clients Through Digital Marketing Services

Looking for ideas to grow your business? Everybody is telling you that you need digital marketing services by your side in ...
Start Reading
Lucas Hamon Feb 27, 2019 5:28:00 AM 10 min read

When You Should Hire a Digital Marketing Consultant VS an Agency

I know that hiring freelancers can be scary... Agency or freelancer, freelancer or agency? Is this rolling around in your head ...
Start Reading
Lucas Hamon Oct 1, 2019 9:17:53 AM 2 min read

Top Digital Marketing Agency Near Me

Looking for a digital marketing agency nearby? "Near" is relative. With presence all over the continental United States, we're ...
Start Reading