What is Growth Driven Design?

What is it, and how does my business benefit?

So, what do you do with that? - Get to the bottom of it, that's what. The reality is that your website is probably the single most important sales and marketing asset you have, and if it's not generating viable leads that you're able to turn into cold, hard revenue, it's broken.

The other reality is that the traditional model for website design is at the heart of all of your problems.

Think back to the last time you updated your company's website. Did you end up with what you wanted? What, exactly, was it that you were hoping it would accomplish, anyhow?

So, in talking about GDD, let's talk about what it isn't, and point out all of the things we dislike about building websites the traditional way.

If your business has been through a website launch or update in the last 10 years, you don't need me to point out all of the problems with the traditional process to understand that it is broken, but most of you have just come to accept it as a necessary evil.

That's the first reason why it's broken - your attitude about it.

Believe me, I agree with your attitude. We've been through several website launches prior to adopting the GDD model, and even we have gotten to the point where when a prospect or client brings up the idea of revamping theirs, we cringe a little/a lot... at least, we used to.

1. It's broken because it's expensive - Back in the day people were dropping $20k for the most basic of websites, and two and three times as much for bigger, more intricate designs. You pay in lump sums, usually one in the beginning and one at the delivery. I've also seen pricing models that are monthly, but essentially take that lump sum and spread it over a year, sometimes several months past the launch when the work is already complete.

The point is that the value doesn't seem to align with the cost. With lump sum payments, you're putting a lot of money out there. With the spread out payments, you're spending money for something you already have that doesn't change.

2. It's broken because they end up out of scope and over budget - The situation doesn't get better for the developers either. The expectations are that we should be able to pivot and add functionality or aesthetic improvements within the originally quoted budget. Unfortunately, customization is expensive. Writing code is expensive. And these last-minute additions throw entire projects off-course.

The end result? Either the developer loses their margins, you pay double of what you expected for a site that compromises a lot of your goals, or it lands somewhere in between.

3. It's broken because it takes forever to launch - What if I told you that with GDD we can launch in less than 2 months? Why? Because we go into it knowing it's not going to be perfect or have all the little bells and whistles you want. We accept that. You accept that. And we launch anyway - because we know we're going to come back and improve it over time.

With traditional websites, however, this is your one shot, so you end up delaying and changing direction dozens of times before ever getting it out of the staging site. Of course, this doesn't help your budget, does it?

Like I said before - out of scope, and over budget.

4. It's broken because it focuses on features, not functionality - People often confuse these. Features are supposed to enhance functionality, right? Well, yes, true... With Growth Driven Design we are also going to include features on your site, but they're not the basis of our decisions.

With traditional design it's hard NOT to focus on features, because we're not basing our decisions on hard data, but rather, a hypothesis. Knowing that a feature belongs somewhere is one thing... knowing WHY is something else entirely. If we focus on what's wrong with the page first, we can understand WHY a feature is going to be helpful, and from there we can choose the most relevant ones that will help us reach our goals.

5. It's broken because it's not data driven - Have you ever wondered whether your website was actually doing what it was supposed to be doing?

Okay, yes, of course you have. It's one of the reasons why you hate spending money on it - because aside from getting traffic, something that can't be used to pay your lease, it likely does very little for you.

Why? Because you put the decisions in the hands of a designer/developer and your own personal tastes and hunches - not data. For example, are you changing copy because you see people drop off at a specific place on your site after reading what you have there? Are you updating images or structure or links because a black and white report tells you that what you have there needs to be fixed?

If I were in Vegas right now (and I was when I wrote this), I'd put my money on NO. If it's yes, I'm pretty confident that I'm going to get you on the next reason...

6. It's broken because it collects dust for years before the next update - EVEN if you're fortunate enough to be working with a developer who installs heat and scroll maps and waits for data before making any major changes - or even sets up 3rd party user testing... you're taking one shot, hoping it's right, then letting it sink or swim for the next 2 to 20 years.

But what if the copy on one of your pages isn't effective? What if the hypothesis' derived from that first round of data aren't all 100% correct? Okay, not "what if," because no website is perfect when it's first launched. We accept that in the GDD world and don't let it hang us up, but with traditional site design, once it's delivered, your developers are done.

Even if they get it pretty darned close to perfect, the definitions of such a thing are going to change over time. Politics, economy, seasonal shifts... all play active roles in shaping the effectiveness of what you're doing, so if you're not constantly monitoring and making changes to your site, even minor ones, it's likely missing out on some pretty great opportunities for improvement.

How the GDD methodology fixes everything

GDD transforms the website design process. We launch quickly, knowing the site won't be perfect, but it still looks and functions better than your existing site. Then we come back and improve it over time based on the facts.

1. Cost - We can make significant cuts in cost up front by customizing pre-existing templates. Since we're not concerned about getting every little item on your wish-list completed for the launch pad, we're also going to spend less on getting it out the door.

When you make your monthly payments, you get something in return that justifies the expenditure. In the long run, you're probably going to spend more on a GDD site, or at least it's going to seem that way until you consider the costs of updating it 2 years from now after it's been sitting static. But you're going to fulfill your wish list. You're not going to sacrifice performance.

And you're going to uncover data that helps you invest in the RIGHT features, not what feels right when you're going through the design, but more on that in a bit.

Imagine not having to go through major overhauls ever again because you never stopped improving it! That means no $20k+ overhauls every 2 years.

2. There's no such thing as "out of scope" - Instead, it's about prioritization. We knock out the most impactful pages and changes first, then month-to-month, quarter-to-quarter determine what comes next.

Sometimes we discover that certain items lower in priority on our wish list are totally unnecessary, so we get to avoid spending ANY time on them at all!

The bottom line, it's not about "if" we can get it in the budget provided, but "when," and justifiably so.

3. Launch - 2 months or less. Mark it. We call it the "launch pad website," because it's the starting point... not the destination.

4. Your goals come first, features second - This is hugely important. When we look at your actual goals first, not feature goals, but business goals, everything else follows. This way we choose features that help us reach our data-driven objectives (click HERE for our marketing objectives ROI calculator). That means a lot less time spent on projects with no merit.

5. Data drives us from the launch pad - No more shooting in the dark. We use heat and scroll maps to show us where the bottlenecks are - we look at desktop recordings to see how people move and hover - we get direct feedback through polls and user testing.

With every new iteration, we install testing mechanisms to make sure our hypothesis' are right or wrong. We learn, we reboot.

We also transfer what we learn to other departments, such as business development, marketing, and operations. That kind of alignment using factual data brings all of us closer together, making us more effective at our jobs and everybody else more effective at theirs.

6. Never stop improving - I don't think this needs an explanation, does it? Your website optimization roadmap is a guide to perfecting your website over time. Traditional web design tries to get it perfect out of the gate. Growth driven design recognizes that's an impossible standard. So, we get your launch pad website up quickly, then growth hack it from there.

Growth Driven Design isn't your run of the mill approach to websites. It isn't a fancy way of saying website design, and it certainly won't make you cringe the way the last update did once you see what it can do.

What do you think about the traditional website design process? Does it make your skin crawl too? Have you ever heard of GDD? I'd love to hear about your experiences with it.

If you're considering updating or creating a new website, try our website quote calculator, so you can avoid interaction with humans:

So, You Want a New Website For Your Business? (infographic)

Are you thinking about Growth Driven Design? It's no secret that the traditional website development process is broken... Yes, ...
Start Reading
Lucas Hamon May 17, 2016 7:00:15 PM 18 min read

There's more to a website redesign than what's showing at the surface Are you wondering what web development services are right ...
Start Reading 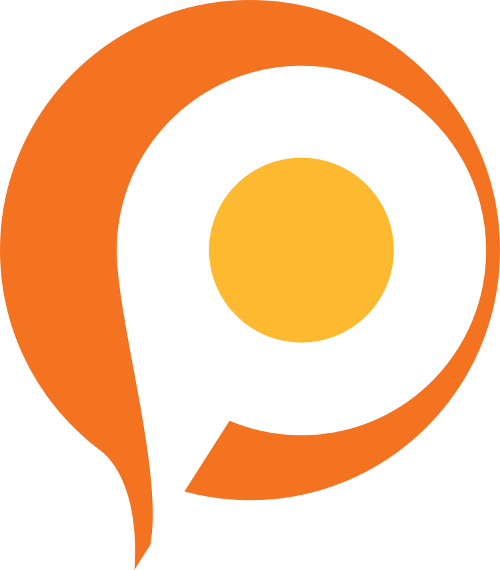