Don't Invest in Inbound Until You Fix Sales 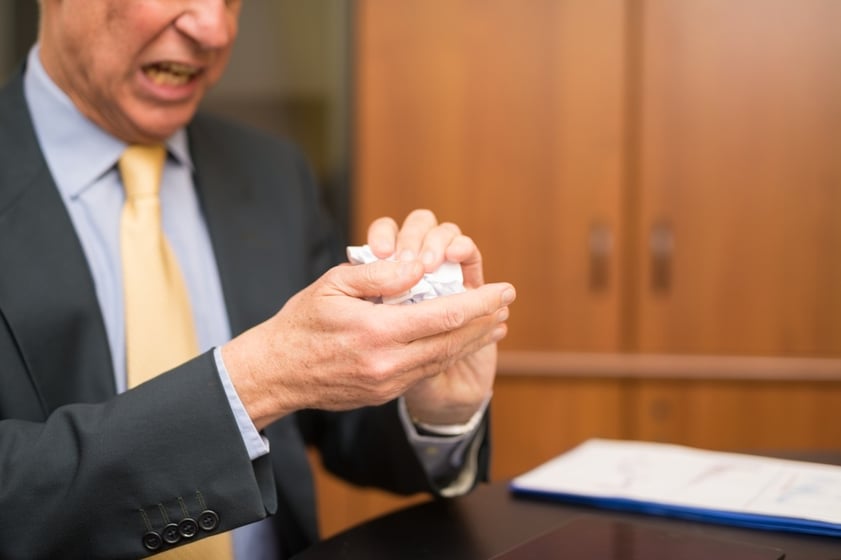 Is coming up with your next growth plan frustrating the living crap out of you?

As a Sales Leader or Business Owner, you want the same things - more deals. How we get there... well, that's another story, and typically where the roads diverge.

The problem is that neither of you are right... or you're both right... or it's a combination of the two, plus something you hadn't considered yet.

I guess the real problem is that there is no way to validate or disprove anything, which brings to light the most glaring weakness plaguing your ability to grow - your data integrity.

I recently wrapped a recommendations call for a new prospect that was trying to boost sales in one of its newer offices.

The conversations were initiated by one of their sales leaders, who was begging for support from their corporate office. But it was the President making the call on which path to travel, and he wasn't sold on the ideas presented by sales.

He wasn't opposed to them, but he didn't buy into them either, and for good reason. I was brought in to bring light to the most glaring issues as an unbiased third party, so it was no surprise that there were conflicting thoughts around what the actual issues were as well as how to address them.

It's probably no surprise to you that the sales leader felt that the marketing department could do more to help them succeed. This seems to be the consensus everywhere these days.

In this particular instance, they were trying to penetrate a new territory that was rich with competition. Their brand had zero presence in this particular region, although, the company isn't new, and they are quite established in other regions.

After more than 2 years of missing quotas, however, the pressure was on.

Their ideas for improvement:

The number one thought was that they could use better leads. Up until that point, they had either been buying lists (the same lists ANYBODY can & DOES buy), or relying on their sales teams to prospect new opportunities.

Inbound leads generated through inbound marketing (what is that?) would solve this problem by providing more diversity in where they originate new deals. In their minds, it would fill in the seasonal gaps, and those created by shifting priorities from prospecting to closing.

When we started asking for evidence to prove that this was the right path, we ran into a major problem - there wasn't any.

Tell me if this sounds familiar to you - They felt that MAYBE 30% of all sales activities actually made it into the CRM.

To compound the issue, the data that did make it in was the least valuable to the sales people. THAT information lived on Excel spreadsheets.

Not sure which sales services you need? Come see what we have to offer!

Sometimes performance can be tied to individual contributors. Sometimes it's process. As the President of this company, he was open to exploring and learning something new. Inbound wasn't out of the question, but he had a hard time convincing himself that it would actually fill the necessary gaps.

Since inbound ain't cheap or short-term, he was struggling to reconcile his insecurities with the idea of trying something new.

His number one thought was that maybe they could improve or update the sales process. After peeling back the layers to learn more about what that meant to him, we actually ended up in the same place as the sales leader... inbound lead generation.

In his mind, inbound leads (want to see what an inbound lead looks like?) address the sales process by diversifying revenue-sources.

Inbound leads would mix things up a bit for them, seeing as how 100% of their business was coming from cold-calling. But it was interesting to see how they both came to the same conclusion, yet, they were speaking different languages.

Unlike the Sales Leader, the President wasn't fully convinced that inbound leads would solve their problems, but said he was interested in giving it a try nonetheless.

The problem with that is inbound ain't cheap. And without validation, it can feel overwhelmingly like a Hail Mary.

Then we started talking about other investments they recently made, including spending $5k on sending a couple of reps to a conference. He said to me, "I'll never know if it was a good investment, because we have NO way of measuring results."

Because, in his mind, only about half of all sales activities make it into the CRM. Eventually he confessed that it was likely much less... But even if it were 50%, how can one possibly consider that to be a "complete" picture?

And if he can't measure outcomes, and is already insecure about it, what makes him think that inbound is going to be any different?

The Importance of Data

How can you make important investment decisions without data to support your hypothesis? And without benchmarks, how can you validate whether an investment yielded a positive outcome?

If this were any other kind of investment, would you put the money out there without some kind of objective indicator letting you know that you weren't taking unnecessary risks?

I guess it depends on your appetite for risk.

But why go there, when there is a simple way to solve this data problem?... when you can have a complete picture without actually imposing on your sales team?

Interested in learning more? Learn about our Sales Enablement services:

Aren't You Tired of Marketing That Contradicts Your Sales Process?

Your Data Sucks & it's killing your B2b Sales Process (VIDEO)

Making decisions without data is hard. So, why do it? Why put hunches and gut instinct in the driver's seat when so much is at ...
Start Reading